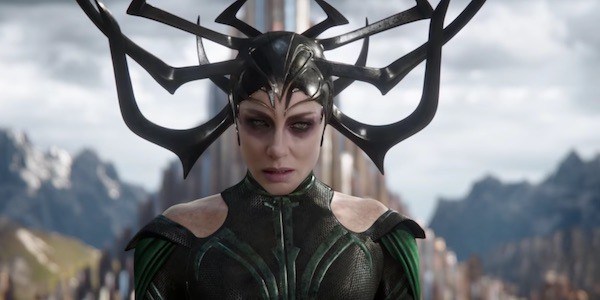 If you’ve read my title and aren’t offended, congratulations!  If you read it and are, get over it.  I’m a woman and I’m giving an honest opinion of what I’ve seen of female villains in movies and shows and how they are portrayed.  And I’ve discovered that the best female villains were written and scripted by men.  Here’s why.

A woman is going to write a female villain in terms of ‘how would I act if I was evil’.  All well and good, but she’s also not likely to be honest about it because she doesn’t want people to not be able to relate to her female villain.  In her attempt to make them relatable, she makes them too weak or nice in a way.  Not good!  When you make a female a villain, make them a conniving b*tch because that’s what a woman is when she’s angry, or has plans for world domination.  Now, not to say all men have female villains down pat.  They make mistakes too… why?  Because they’re human like us and nobody is infallible.

An example of a bad female ‘villain’ is Maleficent, as portrayed by Angelina Jolie in the 2014 movie of the same name.  It was written by a woman about one of Disney’s most iconic villains, and she made her good.  The mind positively boggles.  The movie had a low reception from moviegoers, with a score of 51% on Rotten Tomatoes.  Their critique was Jolie’s performance was good, but the script and the idea that Maleficent was the ‘heroine’ just didn’t fit.  And most loyal Disney fans would have preferred the traditional Sleeping Beauty story with Jolie playing the green-skinned villainess as she was supposed to be.  We all know that even though the movie was named Sleeping Beauty, Prince Philip, and Flora, Fauna, and Merriweather were the real heroes.

Now the example of a good female villain would be Hela, portrayed by Cate Blanchett in Thor: Ragnarok.  She was powerful, terrifying, eerily attractive, and above all: a cold-hearted b*tch.  Thank you, male writers!  I have tears in my eyes!  Hela was the perfect villain and Cate Blanchett did an excellent job with bringing her to life.  She was devious, vengeful, spiteful, and strong.  You hated her, but at the same time, you admired her.  She knew what she wanted from life, or, death as it were; and she knew how she was going to get it.  Things just conspired to get in her way, but she certainly wasn’t a villain who was a pushover.

Now, that’s not to say that women can’t do female villains, it’s just rare for them to be honest enough with their character to create a foe worthy of their protagonist.  When I created my main villain of my trilogy, I just stopped analyzing and let the character speak to me.  Princess Rae dan Kae of Capricorn, killed her mother when she was born because of the curse of a pair of horns that protrude from her temples cutting her open.  Her father blamed her for his wife’s demise, but never said anything directly to her.  Rae dan Kae is the unspoken heir to the throne, and is too terrifying for any man to approach to ask for her hand in marriage.  She is conniving and plans to subjugate the other nations to her whim and will.  Her father thinks he makes the plans, but she is really the influence over him and many others in her kingdom.  She kills because she can, and her moods are unpredictable.  Rae is incapable of love and the only true emotion she is possession of is contempt.  Everyone else and all other nations are beneath her and her idea of Capricorn.  She was the perfect opposition for Zodia in every way, and when I wrote their clashes, I really enjoyed myself.

Well, there you have it for that problem: the dilemma of worthy female villains.  Careful with humanizing them because you could possibly take away those traits that will make them truly despicable.