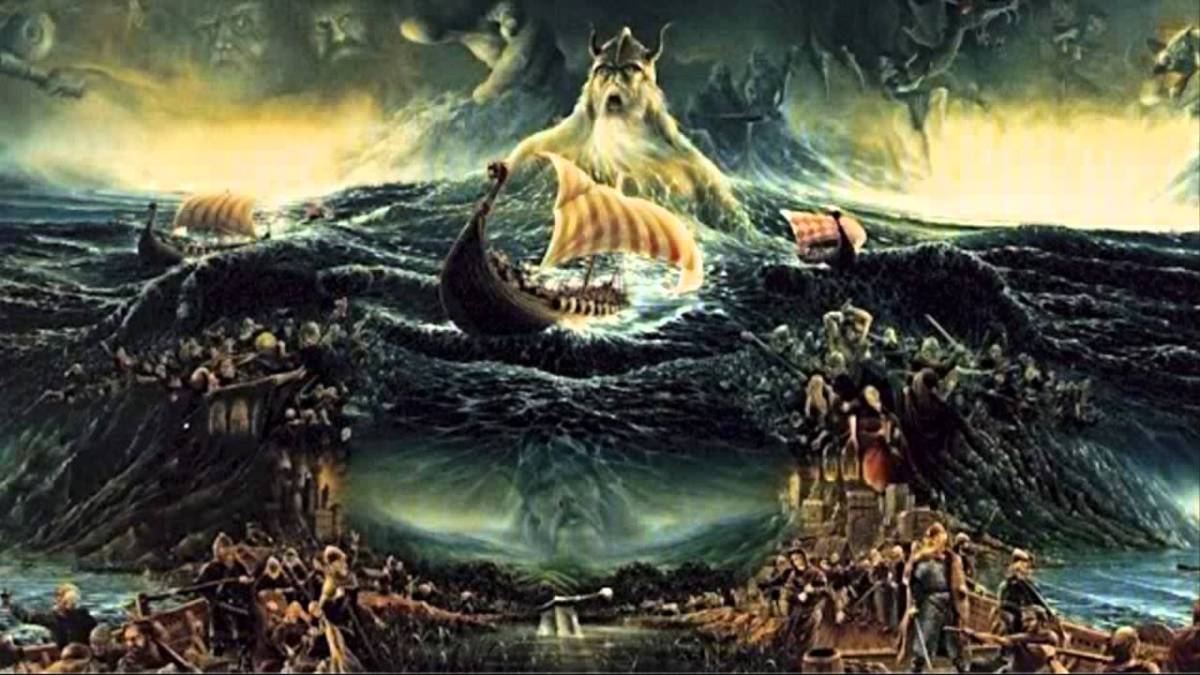 This is me working on getting my screenplay out there so I can hopefully get it seen by producers.  This is the screenplay I wrote for the New York Film Academy when I was taking their TV Pilot course.  I’ll give you guys a little preview and explanation.

The show is supposed to be about the three children of Loki from Norse mythology: Fenrir, the Hell Hound; Jormungandr, the Midgard Serpent; and Hel, the Goddess of Death.  However, they are 21st century people who are called Finn Wolfe, Jace Fang, and Hero Spectre.  They are all orphans, taken in by different families, with no idea they have actual siblings.  However, a meet up during a bank robbery reveals more than they bargained for.  Not only do they tip off Odin as to their existence, but they also manage to unwittingly free Loki from his bonds and imprisonment.

Now, they have Asgard breathing down their neck, more specifically, the All-Mother, Frigg.  She has a bone to pick with the offspring of Loki for what happened to her own son, Baldur.  Now, the children of Loki find themselves teaming up in a company called Fang & Wolfe Investigations.  Together, they use their gifts to solve cases in the modern world, while also covering up the presence of the Nine Realms from the mortals.  All the aid of their ever-capable, secretive, and witty assistant, Andre Dante.

I came up with the idea for my class and my teacher and fellow classmates ate it up.  I had so much fun writing it too.  The characters were fascinating, and I’ll take some time to describe them to you.

Finn Wolfe (Fenrir) is the eldest child, the son of Loki and Angriboda of Jotunheim.  His powers include incredible strength, high frequency hearing, acute sense of smell, and even claws and fangs when thoroughly roused.  His eyes turn yellow whenever he uses his powers.  He has a dark past and does his best to control his temper in order to not kill people.  Finn has the loyalty of a dog, but it takes a while to earn his trust.  Once you have it, the power of the wolf is yours.

Jace Fang (Jormungandr) is the second son, the issue of Loki and Sigyn of Asgard.  His abilities are hypnosis with his red eyes, speed, and fangs with poison when he is at his peak.  Jace Fang is a suave, debonair character with a list of women as long as he is.  He has moments where he doubts his own worth, but usually hides it beneath a layer of designer clothing and a sharp retort.  Underneath all those suits and fancy quips, is a young man wondering where his place in the world is.  But, if somebody helps him find it, he’ll be your friend for life.

Hero Spectre (Hel) is the youngest, the only daughter of Loki and Lady Mortis of Niffleheim, the mother of Grendel.  Her capabilities allow her to control people through black whips from her fingers called ‘soul tendrils’.  They allow her to physically grab a person or thing, or to take control of them.  Her eyes go black whenever she does this.  Hero is the politician; the ‘ends justify the means’ and ‘I always get what I want’.  However, she lacks companionship, being an ‘only child’ in her adoptive family.  Hero latches onto the concept of siblings and is immediately possessive of Finn and Jace.  Want them, you’ll have to go through her.

Andre Dante is not the type of assistant that fetches your coffee and gets your doughnuts.  He’s the special kind of assistant who gives you all the dirt on whatever case you’re working, or whatever target you have in mind.  Cambridge educated, ex-British Special Forces, and so much more.  Andre Dante is the slick, sarcastic, highly trained person, who also acts as the siblings sounding board.  He listens to all of them like a true confidante, and even parents them a little when they get into trouble.  The assistant is there to serve his employers, and you mess with them, you mess with him.

And there you have it!  I was so excited when I created these characters and the story.  The plots that are still spinning around in my head are aching to get out and be seen by others.  I am hoping (and trying) to get it out there, but in the mean time, I’d better get to writing the next couple of episodes.  😉