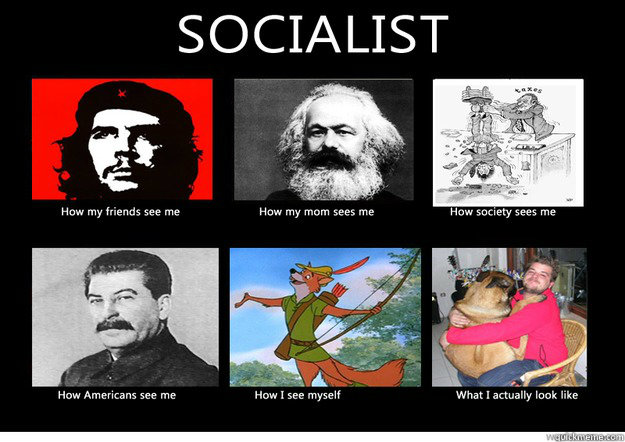 Yesterday, I watched a video on Youtube of a reporter asking college students if they would accept socialism in America, and if they thought it would be good.  Like the dumb snowflakes they were, they answered, “Yes, socialism gives everything to the populace and closes the gaps between the rich and the poor.”  Okay…  Have you never studied History?  Oh, that’s right!  The public school system hides the truth about History.  Let me give you a break down.

Socialism was invented by a man named Karl Marx in 1848, but the seeds for socialism were planted during the French Revolution.  The French populace demanded the monarchy be torn down and equality instated.  But what is equality?  The French people believed what Robespierre and the Committee of Public Safety told them, but they were still subjugated to the horror of the Reign of Terror just like the aristocrats.  There was no equality.  There was only the illusion of equality.  The only thing that was equal, was that they were all equally dead.

Anyway, socialism was officially created by Marx on 1848, and the definition of socialism is as follows: ‘a political and economic theory of social organization that advocates that the means of production, distribution, and exchange should be owned or regulated by the community as a whole.’  Now, the idea of socialism is an impossibility.  Why?  Because not everyone works the same, and if the lazy clunk over there gets the same as the hard working Joe on this side, then how is that fair to Joe?  As I have said, in my office, I work harder than the other girl at the front when I was there all the time.  In a ‘fair’ society, she should not have been making the same or receiving the same benefits if she wasn’t putting in the proper effort for it.  Effort+time+labor=rewards.  Effort: the amount of physicality you put into doing something.  Time: the amount of minutes or hours involved in completing something.  Labor: the amount of pencil pushing, data shifting, or heavy lifting you did to finish something.  Rewards: the golden carrot at the end of the stick.

Another fact, did you know that the Russians, more specifically, the Bolsheviks, took socialism and turned it into communism?  They took the outline of socialism left by Marx and others, tweaked it, changed the name, and created communism.  Now, the definition of communism is this: ‘a political theory derived from Karl Marx, advocating class war and leading to a society in which all property is publicly owned and each person works and is paid according to their abilities and needs.’  Alright, again, the common people did not benefit from this system.  The ones in power held the reigns (and the money and the weapons).  See?  These systems pretend to promote equality of wealth and production and rights, but they are really lying to the people.  And that is what is happening to these college students.  They are being led down the primrose path, and being promised a world where everybody eats rainbows and poops butterflies.  It’s just not possible!  Don’t you think, if everyone was meant to live equally in this world, a higher power would give handouts like the government?  No.

Certain jobs get paid certain wages; and certain hit it big because they were smart (or cheated, that happens too), and some people don’t because they aren’t that smart, or don’t want to take the risk.  These factors come into play, but nobody is ever willing to accept their lot in life.  They look at another, more successful person and instead of thinking, ‘I should strive to work harder so I can be like him’, they think, ‘He should be made to give me his money so he can more like me.’  Handouts, welfare, and social security are not helping this country or society as a whole.  Instead, they are making it harder for young people to get started in life, with their careers, and it is deluding the youngest generation into believing that these are the norms, and therefore, acceptable.  Do yourself a favor: don’t believe in socialism.  Remember what happened to France?  Chaos.  Remember what happened to Communist Russia?  Chaos.  Is that word in your future?