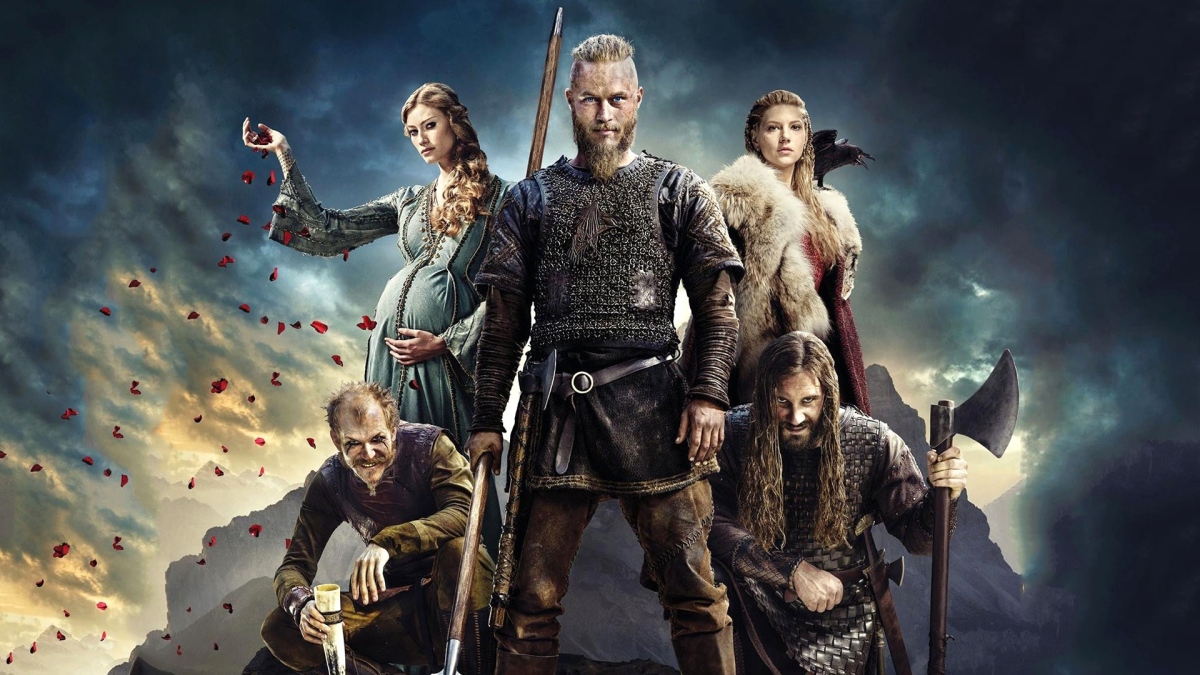 Whoever at the History Channel headquarters decided to make a show about the Vikings, was a genius.  The Vikings was a success and has been a fixture on their channel for several seasons (going on six now).  It has several characters we have all come to love and follow and many fronts on which to fight.  The series is based loosely on the actual viking, Ragnar Lothbrok, who was the first viking to begin raiding in Great Britain and Frankia.

The series quickly grew a cult following for its array of interesting characters, violence, adult content, and historical intrigue.  I believe that people are more captivated by the desires and ambitions of ancient kings than they are with modern politicians.  Kings maybe seem more human, and possibly unselfish in their reasoning’s.  Example: King Ecbert wants to be king of all Britannia in an attempt to end the constant power struggles taking place across the island.  Unselfish… right?  Ambitious?  Definitely!  Ragnar raids in the name of exploration.  Their world had been so small until he sailed west.  Rollo just wants to be thanked, to be appreciated for what he has given to the viking community.  None has been forth coming, so he made a strategic decision, married a Frankish princess, and became Lord of Paris.  He goes from nobody to somebody in a hurry!

Floki, a complicated (and insane) character, who has always lived to serve Ragnar, but he has his doubts throughout the series.  He picked on Athelstan because of his Christian beliefs and when they raided Britannia, he revealed his hatred for all things pertaining to Catholicism.  He murders Athelstan, claiming he’s protecting Ragnar.  I’m not going to lie, I started to dislike Floki a little more after that.  And then he began to harass Rollo for almost every decision he made.  Annoying!  Anyway…  The character of Floki has gone from being a ‘good’ guy to being a very morally ambiguous person.  He kills all Catholics with sickening glee and revels in their blood.  Not what you would consider normal or right.

Lagertha has gone through a transformation of her own.  She went from being Ragnar’s housewife (with a warrior’s background), to a warrior chief in her own rite, and finally, the Queen of Kattegat.  However, she can’t seem to find happiness with another man outside of Ragnar.  She left him of her own free will because he asked her to share her power and his affection with Princess Aslaug.  Lagertha is a proud woman and refused, so she left.  Lagertha has always stood up for herself and has gotten herself so far.  But now, she faces a war, a war for her position in Kattegat.  We shall see this season if she keeps her life and her throne.

Once more, a series has proven that through time, production money, and view-able characters, people can enjoy a period piece, and not even know they’re learning some history.