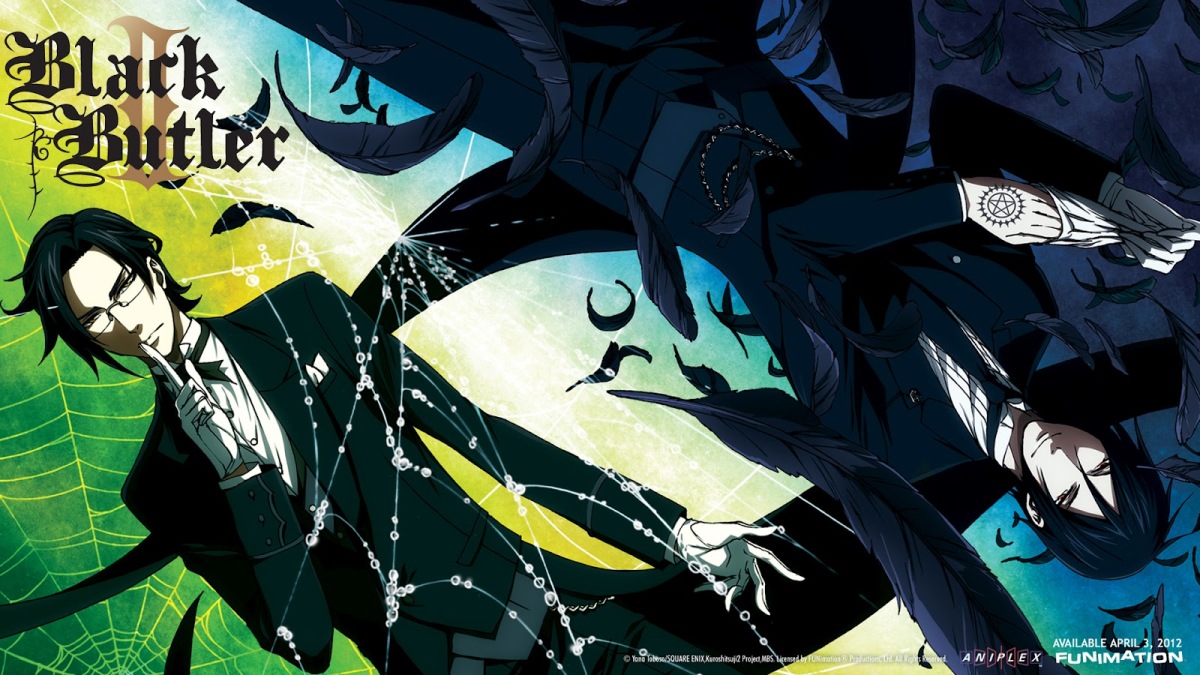 And here’s Part 2!  Okay, like a lot of the fans of the original Black Butler, I was kind of excited for Black Butler II when I found out about it.  It was going to be just as good as the first one!  Or so I had been led to believe.  The first episode begins with introducing us to the clearly disturbed, childish, Alois Trancy.  Alois is a pale comparison to the unbending and very mature, Ciel Phantomhive.  And his butler, Claude Faustus, is once again, just another copycat of Sebastian Michaelis.  Now, being that Sebastian is only one enterprising demon, hungry for human souls; it would stand to reason that there are other enterprising demons, hungry for human souls out there in the world.  But, would they really be living just a county over?  To top it off, Alois’ entire household is comprised of demon servants: the maid, Hannah; and the Three Whispering Bellboys.  That puts the newcomers at an unfair advantage over our favorite 19th Century in-service servants: Bard, Mei-rin, and Finny.

After that, the character explanation for why Alois Trancy behaves the way he does, is rather weak.  Yes, he lost his baby brother; yes, he was kidnapped by a sick old man and abused.  However, you would think that the combination of all those events would have led to a more subdued villain.  Hell!  He wasn’t even the real villain of the story!  That turned out to be Hannah!  Alois should have been so emotionally scarred by everything he went through, that he would withdraw inside a shell.  Live within a bubble, never acknowledge the real world, and not be an active part of London society.  And, another faulty fact about him, if Claude made him believe that Sebastian had been the one to take the soul of his brother, Luka, his obsession would have been with Sebastian from the start.  He wouldn’t have gone after Ciel as a smoke screen period.  Why, you ask?  Because Alois is not a smart character.  Never was.  He would have targeted Sebastian from the very beginning without really hiding his motives.  Why again?  Because he’s NOT Ciel Phantomhive, who is infinitely smarter when it comes to tricking/trapping someone.  Instead, they really made you think Alois’ beef was with Ciel.  Which it wasn’t.

I could rant a little while longer about the ineptitude for this anime to capture the creativity and magic of the first season, but, it’ll just come off like I’m whining.  Which, we all kind of did when we compared the second season to the first in our minds.  Let me just put it to you this way: I wish I could unsee the second season, and forget it existed.